My name is Jet, I am 23 years old. I have been playing basketball for about 10 years now. In the last game last season I tore my anterior cruciate ligament and tore my inner ligament. In the most dastardly way in my opinion, without contact with anyone, with just a simple step to the left - a step I have taken thousands of times. When it happened, I secretly knew it wasn't right, however when the physio who was there said nothing was torn I trusted that and so I kept hoping it wouldn't be too bad. So after the race I just got on my bike home, which went pretty smoothly until I had to get off the bike and my knee went down again. The next day I went straight to Michael's and it became clear that my cruciate ligament was torn; an MRI later that week confirmed that. Because the torn cruciate ligament was combined with a torn inner ligament, I had to wait until the latter had recovered first. For me, this first period so far was the most frustrating time since, to my mind, rehabilitation could not really begin yet. I had to wait until it was clear that the inner ligament recovered (on its own) before it could be decided what the surgery on my knee would look like.

Now it is now 5 months after my surgery, and rehab is going pretty smoothly in my opinion. Had little to no pain these months so that has been very positive. Except that I am a really impatient person so I find it a slow and long process; in particular, I can't wait to get back on the field. As for the rehab, I'm a person who can turn the knob, though, so I'm not someone who gets down at the seams, also because I don't think it would make the whole process any easier. So working out at the physio 3 times a few hours a week, week in week out, is not something I have always done with full heart, but for me it doesn't feel like a choice but just something that comes with it. I am already not a big fan of strength training so squats and deadlifts every week is not something I necessarily look forward to then. By now I am allowed to do more and more exercises outside or more game related exercises, this variety makes rehab more fun. 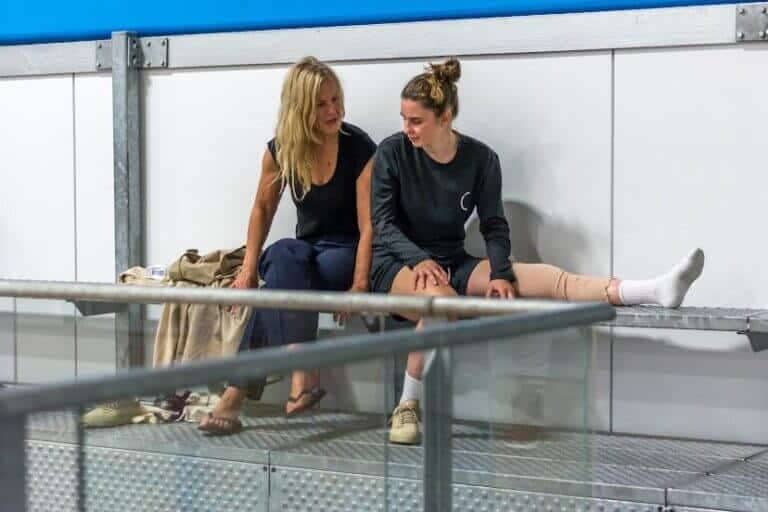 Playing basketball is my goal!

What struck me most in the process of rehabbing an anterior cruciate ligament is that it is a process that you do quite alone ; more people have the same injury but I did notice that everyone experiences it differently. A year before me, my sister rehabbed from the same injury and when we talk about it, she got happy when she could do another jump and that could make her whole day. And with myself I notice that has less effect, for me I live more towards the progression that translates to basketball, now for example I get to participate in part of a practice again and then you also see more what you are working for in my opinion. 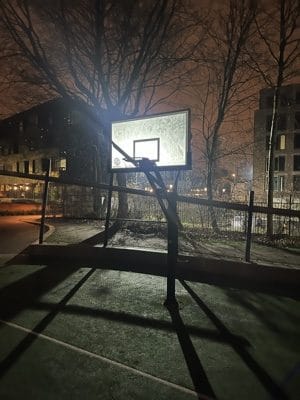 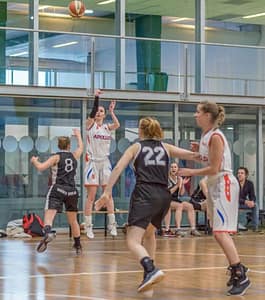 I did learn from myself this year that maybe I don't celebrate the positives enough. Besides being different for everyone, it's also a process that you have to go through on your own since it's something that you yourself deal with on a daily basis and for the people around you that's not the case. You seem better to them because you can walk or ride a bike again - normal movement in their eyes - but to me I'm only better when I can play basketball again, when I can play a game again . I think that makes it one of the hardest things to do during rehab and something you don't think about beforehand. Especially being part of a team and being involved in basketball that is lost because you can't play, I think is a really difficult aspect of the injury and therefore also of the rehabilitation. What helped me a lot is by still being at practices and games, so that way you are still involved in what is happening on the team.